The First Fifteen Lives of Harry August by Claire North 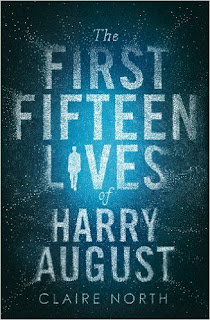 Time travel stories can be fun.  Normally someone goes back in time once or more times and consequences often are revealed in the current version of the present.  Ms. North envisions an interesting variation on the theme by having some individuals return back to their birth after they die and remember all or much of what transpired in their previous lives.
That is the case with Harry August, born into modest circumstances in post-WWI England.  Upon his first death, he returns to the same circumstances and believes he is going mad once he's old enough to remember the past but baffled by the memories. In subsequent lives he starts to understand and is eventually helped by others of his kind.  That's the foundation of the story.
The story itself is an interesting speculation on what any of us might do if faced with the same situation.  It is saved from being endless variations on a theme when he meets one of his own kind who intends to break the rules and effect everyone and everything.  The remainder of the book is his interaction with that person and its consequences.
Ms. North's writing is clean and her plot makes sense for the most part.  As expected with any scenario that has folks recycling like this, you can start to quibble that if this happened then that could not happen, but there's little of that and a pretty good adherence to the principles of existence as laid out by the author.
Amanda gave me the book after having read it herself (thanks Amanda).  She liked it more in the earlier that the later section.  I've not discussed it with her but I liked it throughout but would have changed the ending just a little.  Why don't you read it and see what you think.  It's worth your time (at least once).
Posted by Dave at 7:20 AM