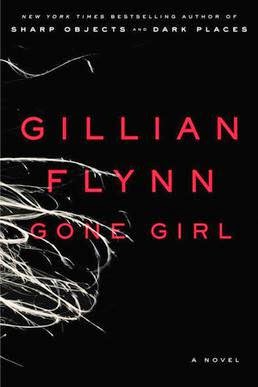 So, I don’t really know how to review this book without completely giving it all away to those who haven’t yet read it. But OHMYGOD. That’s my review. OHMYGOD.

I will say this: dad, don’t ever read this book, you’ll hate everyone. CB, read it before we see the movie so we can both compare and contrast. Also, it’s been torture living with you for the last four days and not telling you every twist and turn.

Quick read, really compelling and MESSED UP twists. I have to hand it to the writer, she definitely knew how to make everyone be like “wait, WHAT?”, but in the best way possible.

I give it an A for story and storytelling, an F for F’d up.
Posted by Becky at 6:59 AM No comments:

Lawrence In Arabia by Scott Anderson 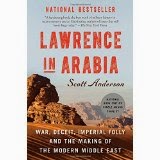 Prior to reading this book, the only thing I knew about T. E. Lawrence was Peter O'Toole's portrayal in the movie. What I didn't get from the film was an understanding of the context of his participation in the shaping of the Arabian world after WWI and why we have the situations we have today in that region.  This book fills those gaps in an outstanding fashion.
The world prior to WWI was carved up by European powers trying to create global empires.  That conflict helped create interlocking defense treaties that created the cascade into WWI.  Once the fighting started, the phenomenally stupid military decisions by the British and French helped create the massive carnage that ensued and effected the approach taken in fighting the Ottoman Empire that had allied itself after the start of conflicts with Germany.

T. E. Lawrence was an academic with a strong interest in Syria, in what is now Iraq to the east, Lebanon to the west and north, and all lands bracketed by those borders flowing south to the Sinai and Saudi Peninsulas.  He became a spy and a champion for the Arab cause for independence. Coincidental to that movement was the Zionist movement to create a homeland in the ill-defined region called Palestine.  Lawrence knew that the English and French consistently lied to leading Arabs and Zionists about their chances in having independent states and he did all he could to help the Arabs, sometimes to include acts of treason.

Once WWI ended, the English and French ignored all promises, carved up the region and tried to continue with business as usual in having global empires.  Palestine had been promised to both the Arabs and the Jews.  After WWII, the state of Israel was created and slowly the English and French imperial regions reverted back to different factions within the Arab world.

This description makes the book sound as if it could be dry reading and that's not the case.  There are a lot of players and it gets complicated sometimes sorting them out, but it's as much a spy story and rousing war story as it is a look at a very complicated man who wrote his own book "Seven Pillars of Wisdom" which played fast and loose with some of the facts.  Mr. Anderson's book does a terrific job of bringing clarity to what went on then and how it still effects us now.  A great read and worth tackling the 500 plus pages.
Posted by Dave at 8:47 AM 1 comment: