The Bone Clocks by David Mitchell 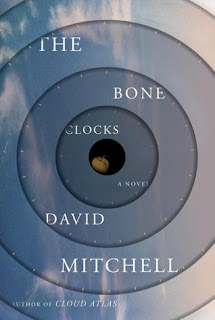 David Mitchell holds a dim view of mankind's treatment of the planet and how that is likely to turn out badly.  That view directs the narrative in "The Bone Clocks" as well as a book to be posted soon, "Cloud Atlas."  He is also an excellent story teller and this is one of his best.

A young girl runs away from home in England.  Initially, it's just planned as a short move to punish her mother and also to live with her love-of-a-lifetime boyfriend.  He turns out to be a cad and the girl is too embarrassed to go home so strikes out across country with a vague plan to make it on her own. She soon meets a strange woman who asks a favor and a hippy couple who offer shelter.  From there through the end of the story, she and a few others slip in and out of a surreal other dimension.  It also turns out there is a war going on between factions who live in both of those dimensions and its outcome can effect all mankind.

The story is told almost as a series of short stories, which is also true for "Cloud Atlas."  Fortunately the jumps are linear in "The Bone Clocks" and the technique did not strike me an unneeded flourish.  What was fun was the revelation that characters in other Michell stories were some of these special people living differently from the rest of us.

The story was interesting, moved right along, and very well written.  Like the previous post, I kept reading this one in large chunks and would have been fine if it kept going.  I think everyone in the family will like this one.
Posted by Dave at 11:07 AM No comments: 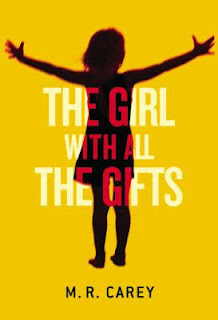 This is a page turner.  If you have a pretty good idea of where the story is going, think again.  Over time I even bought in enough that a zombie could exist and behave the way they do given the "scientific" rationale of the story.  That rationale finally stretched thin for me by the end of the story, but by then it didn't matter.  The characters are excellent and the plot complex and well paced.  It is coming out as a movie later this year.  If you liked the Swedish version of Let The Right One In, you should really like this one.
Posted by Dave at 10:39 AM No comments: