Yes, I am slack (but reading!) I found this great video online about the book I just finished: Leviathan. I really enjoyed it. I was frustrated to find it's the beginning of a trilogy (or series, or whatever) and didn't wrap up in a neat little package at the end. But I'll probably read the next one when it comes out. I just hate waiting.

Also, this is my first foray into the "steampunk" genre which wikipedia defines as: a sub-genre of science fiction and speculative fiction, frequently featuring elements of fantasy, that came into prominence in the 1980s and early 1990s. The term denotes works set in an era or world where steam power is still widely used — usually the 19th century, and often Victorian era Britain — but with prominent elements of either science fiction or fantasy, such as fictional technological inventions like those found in the works of H. G. Wells and Jules Verne, or real technological developments like the computer occurring at an earlier date. Other examples of steampunk contain alternate history-style presentations of "the path not taken" of such technology as dirigibles, analog computers, or digital mechanical computers (such as Charles Babbage's Analytical engine); these frequently are presented in an idealized light, or with a presumption of functionality.

Are you impressed with my ability to cut and paste at random from the web? I hope so, because, as I mentioned, I'm feeling quite slack. I enjoy the steampunk premise so much that the next few books up here will probably also be from that genre. What fun to make a new discovery like this! Anyway, watch the trailer, check out the book....enjoy! 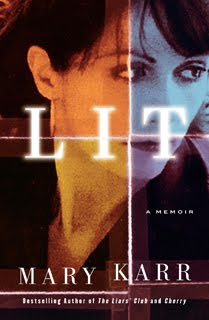 is one of my all time favorites. In general, I have avoided reading memoirs because it seems like such a shallow and narcissistic genre- does anyone else really care to know that much about you? Apparently, in some cases, YES if you have a compelling story, like Mary Karr.
When I saw that Mary Karr was coming to Traverse City for the National Writers Series, I decided to finally break down and read Liar's Club, her first book of memoir published 10 years ago. I figured that if I was going buy a ticket to hear her speak, I should have read at least one of her books. To my surprise, I quickly found myself hooked on her style, her humor and, especially her story. Lit is the third "installment" of her life story and it has convinced me that memoir can be a powerful and entertaining form of literature. I was halfway through Lit when Dave and I went to hear her talk about her work at the TC Opera House and we were not disappointed! We thoroughly enjoyed her candor, easy style, wit and insights about her struggle to overcome a hellish past (i.e. dsyfuncional family, sexual abuse, alcoholism and addiction) through sheer determination and discovering a spirituality within herself that she never knew was there.
I recommend this one for Dave, Amanda and Becky.
Posted by Jackie at 7:59 AM 2 comments: 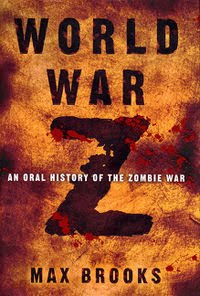 I loved this one! It's a collection of first-person accounts from a future Zombie War. Written by the same author of "The Zombie Survival Guide" (which is a hoot!) this one delves further into social commentary and paints a rich picture of a bleak scenario. Reading this book is like watching a summer blockbuster. It's like my version of "sTori Time" (or whatever Tori Spelling's book is called....sorry Becks!) Dad, you might like this one if you're looking for fun (with a good deal of gore thrown in.) Of course, I also realize none of you might ever pick this one up. So be it. I thought it was great.
Posted by Amanda at 6:58 PM 1 comment:

The Hunger Games by Suzanne Collins

Many of you know of my love for YA fiction. After reading this year's Newberry Winner, "The Graveyard Book" by Neil Gaiman (which I should also blog about!), I put one of the runner-ups on my hold list at the library. 76 readers later, I found The Hunger Games waiting for me at my local branch. It was well worth the wait.

This is a science fiction story about a 13-year old girl living in a futuristic version of America. A new government has risen up and the territory is divided into districts. In the past, the districts rose up against the central authority and were put down in a brutal way. District 13 was destroyed. In order to keep the citizenry in line, the government likes to remind people of what will happen if they try to revolt again. Hence, the Hunger Games.

Every year, two teenagers from each district, a boy and a girl, are chosen by lottery to participate in the Games. It is a televised fight to the death with only one victor remaining. Katniss, the main character, volunteers in her little sister's place when her name is drawn. She goes to the games along with a young man from her district. Their struggles in the arena make for a fast-paced read.

In spite of the dark premise, this is ultimately a story about trust, love, and hope. Katniss struggles to survive and you're never sure where her allegiances lie. You also question the motives of the other main characters which makes for a complex story and a very satisfying one. I don't want to give too much away, but will mention that the follow-up, "Mockingjay" is as rewarding as "The Hunger Games." I was wary, wondering where the author could go with the story. I was pleasantly surprised and captivated.

Honestly, Dad is probably the only person who would truly enjoy this story as it is brutal and of the science-fiction slant. But Dad, give it a shot. It's YA, but you may enjoy it. One of the best I've read in quite a while!
Posted by Amanda at 6:32 PM 2 comments:

As you know, if I don't like the main character at all, I'm unlikely to like the book, even if it's well written (see Snow & The Kite Runner). This book is the antithesis of those stories. Major Pettigrew is a retired, widowed British soldier, in love with his village and an England that is more fictional or historic than the current version. The death of his brother sets in motion a series of events that bring this wonderful gentleman's best self to the surface and let's us in on a thoroughly charming story. He handles the petty snobbery of English village life with a dry sense of humor that had me laughing out loud throughout the book. Having him encounter an unexpected love in his senior years was just icing on the cake. I love this guy and this book. A real triumph for a first time writer. All the blog readers should really like this one.
Posted by Dave at 9:20 AM 1 comment: 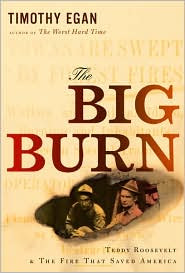 The book was a Christmas gift from Amanda and I believe all our readers would enjoy it.
Posted by Dave at 7:24 AM 2 comments: