"The Happiness Project" by Gretchen Rubin 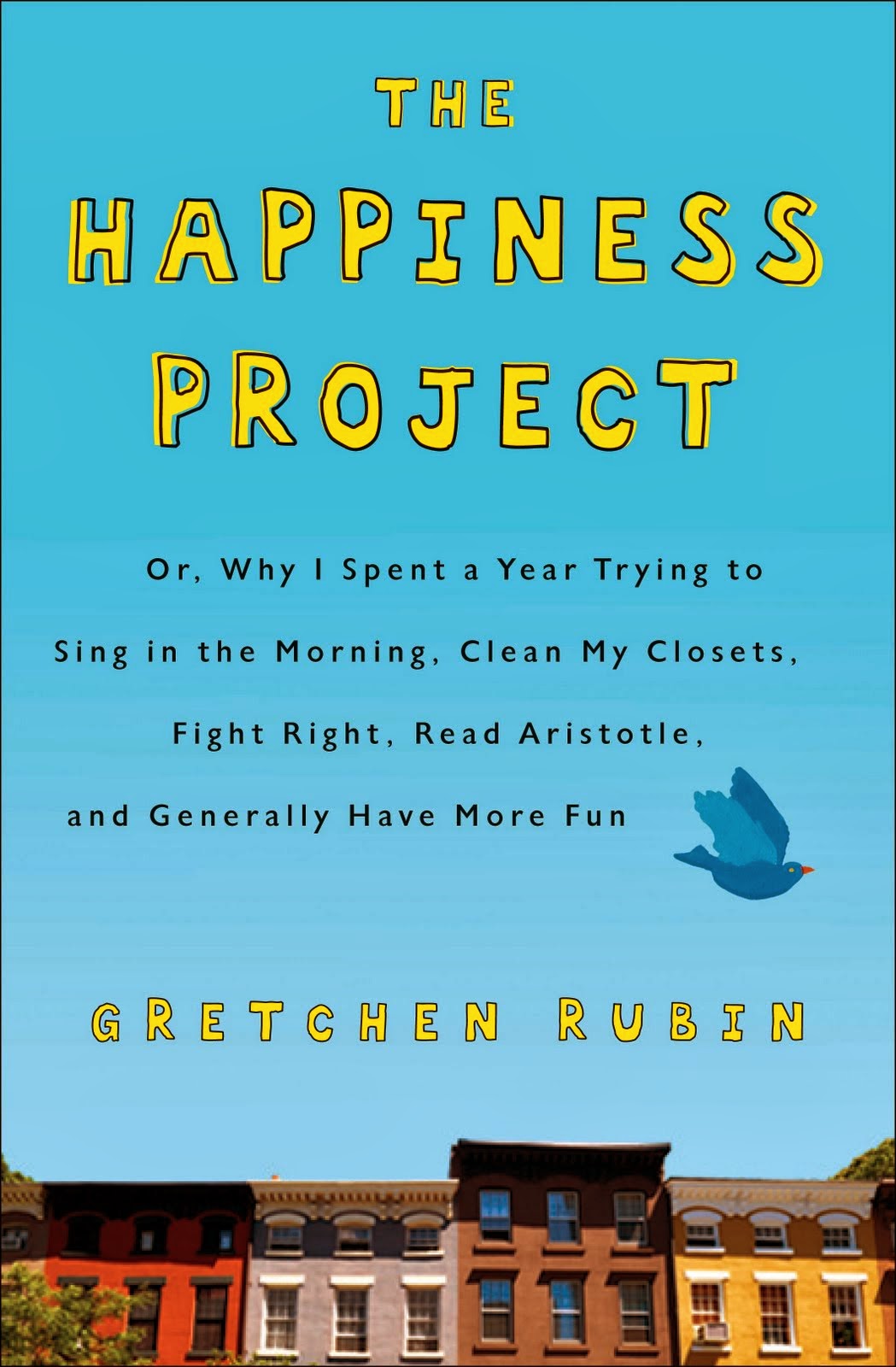 So I read this book a few years ago and dove in, absorbed the info, and was like “I’m totally going to do this!” And, like with most things, 98% of it got forgotten and/or ignored, but I slowly started to implement little things here and there that would help me stay grounded, healthy, centered, and all that other good, Zen-like stuff that sounds granola-y and ridiculous until you actually try it.

Coincidentally, I’m currently going through books I’ve read in the past and have enjoyed and am re-reading this one next. I do this every once in a while – not because I just don’t want to discover new things, authors, ideas, etc. – but because I sometimes need to remind myself of the previous new things, authors, and ideas I’ve already enjoyed. And since I didn’t blog about this book the first time around, I thought I’d pop it onto here now and maybe we can have a little virtual book club and read it together (again or for the first time!)

Basically, "The Happiness Project" is written by a woman who spent a year learning how to be “happier,” for lack of a better word. And to be honest, it’s not like she was going through a bout of despair or anything – she’s married with two kids, a writing career in New York, and an overall stable life. Which is why I liked it so much.

And I’ll admit that it spoke directly to my nature – a very methodical, yet humorous, approach to happiness, complete with small, concrete things she could do to be more centered, focused, relaxed, and content month by month (i.e “go to bed earlier” – which obviously is right up my alley – and reminders to herself not to let the “perfect” be the enemy of the good. Which sometimes gets to me as well!) And at only a little over 300 pages, you can probably knock this one out in a pretty short period of time - which makes everyone happy! (pun intended. I mean, it was laying right there).

Plus, don’t be fooled by reviews that refer to it as a “self-help” book. I mean, I suppose it technically is, but not in the way we all traditionally think of “self-help.” It’s just an honest portrayal of one woman’s journey through trying to figure it out.

I actually recommend this to pretty much anyone, and encourage you guys to pick it up and read along with me in the coming weeks!
Posted by Becky at 6:39 AM