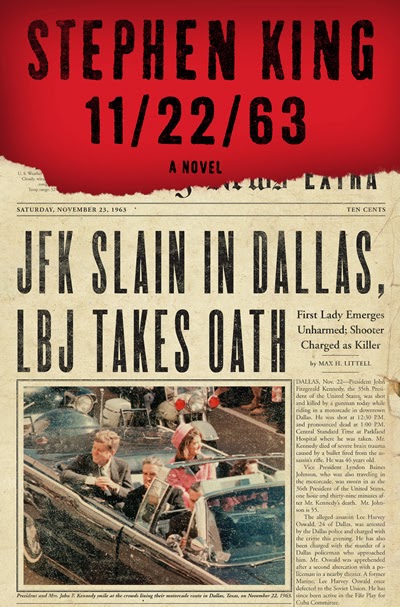 I was never what would be considered a voracious reader, but by the time I got into high school I found that I enjoyed reading certain genres and authors. I found characters such as Holden Caulfield relateable and entertaining… minus the mental breakdown and psychotherapy, of course. And I found  that I was particularly drawn to sci-fi thrillers. Enter: Stephen King.

A good, scary book was always an easy read and for years I read anything I could get my hands on my Stephen King. That being said, I read The Shining for the first time at 18 years old and didn’t touch another King book for  at least 6 months. That book made the movie look like a Disney cartoon.

Over the years I made my way through a number of his classics, all better than the movie remakes, but I started to find his newer material a little more “out there”. Now, I understand that the man is out there to begin with, but he went from writing scary thrillers to drafting stories and plot lines that were just plain weird. I’ll give credit where credit is due: I became more of a reader because of King, but over time I branched out and found my nightstand littered with other authors. I felt that maybe Mr. King had spent a little bit too much time off the grid, up in Maine. Then, this past Christmas, my sister-in-law gave me 11/22/63. While I probably hadn’t read anything by him in almost ten years, I was excited to see if it would rekindle my appreciation for his ability or if he had ceased to be the same author. I was not disappointed.

He demonstrated what drew me to his work originally. He had recaptured the art of storytelling… the depth of characters both noble and repulsive, settings so vividly described they were tangible, and, most importantly, knowing how to tie up a seemingly impossible ending. In addition to all of these wonderful traits, the utterly make-believe story was woven together with plenty of historical accuracy. I not only enjoyed the break from reality that the story provided, but was fascinated by the history lesson I received in reading it. I understand that much of what was written was done so with creative license (much like the CB character that exists on a certain blog), but he did his homework and, in some regards, I learned more details about the life and times of Dallas in 1963 than I had from any history class or discussion I’ve had regarding President Kennedy’s assassination. The combination of factual events intertwined with a well crafted story about time travel made for one the most enjoyable books I’ve come across in a long time.

Great review. It's refreshing to have a new 'voice' contributing to our blog.